Some 450,000 Aboriginal people identify themselves as Métis. Their history, language and culture dates back hundreds of years, but most Canadians know little about them.

The Métis peoples constitute a distinct Aboriginal nation. They have a shared history, common culture, a distinct way of life, traditional territory and collective consciousness.

Métis are Aboriginal peoples distinct from the First Nations and Inuit.

The Métis have a unique culture that draws on their diverse ancestral origins.

On September 27, 2002, the Métis National Council adopted the following national definition of Métis:

“A person who self-identifies as Métis, is of historic Métis Nation Ancestry, is distinct from other Indigenous Peoples and is accepted by the Métis Nation. The Métis Nation governments in each province manage Métis registration.” 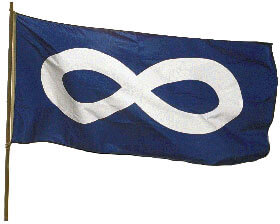 Learn the foundations of Indigenous Awareness
ONLINE for only $48

Need multiple licenses?
Train everyone at once

You are in good company.