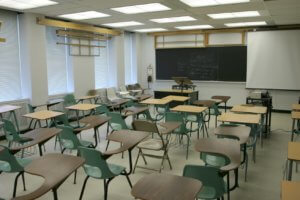 With a national labor shortage upon us across Canada, some employers are expecting the availability of qualified Aboriginal employees to be part of the solution.
Aboriginal people want to be included. From industry’s perspective, they must be included.

Today there are 518 schools on First Nations reserves in Canada. First Nation schools on reserves are the responsibility of the federal government. So, it is reasonable to think that education is critical to improving the social and economic strength of Aboriginal people and their communities to a level enjoyed by other Canadians.

So, why is this not happening?

Parents of First Nations students on reserves express the fear that their children are failing to develop a positive sense of their identity and that curricula rarely reflects their children’s true history, diverse cultures and languages and their contributions to Canada.

It is conceivable that there may be court challenges regarding curricula that exclude the experience and histories of Aboriginal people. The federal government claims that the Human Rights Act applies only to the delivery of government services, and not to the funding decisions that ultimately determine the kind and quality of services that can be provided.

Nationally, however, the education system as a whole is failing Aboriginal students.

The Canadian Centre for the Study of Living Standards calculates that $71.1 billion will be added to Canada’s economy if Aboriginal people attain the same educational levels as other Canadians. We cannot afford to lose another generation, so why all the vigorous opposition and underfunding of Aboriginal education, especially when one considers the tremendous population growth in Aboriginal communities.

In 2006-07, the Elementary/Secondary Education Program supported 120,000 students, 518 schools and 45 post-secondary institutions with a budget of $1.2 billion, which is on average $2,000 less per student than provincial student funding.

Indian and Northern Affairs Canada (INAC) underfunds the education of children in kindergarten to Grade 12 who attend schools on reserves or who attend provincially-run schools off reserve. The department of Indian Affairs claims they do not know whether the current spending of $1.2 billion has been used for the purpose intended.

So here is how it works: First you create a funding gap, and then you end up with a real readiness gap. This, in turn, gives the government, our country and Aboriginal people an achievement gap and then, of course, we end up with the terrible socio-economic gap.

Ninety per cent of preschool Aboriginal children have no access to appropriate early childhood education.

Today, 54 per cent of all Aboriginal children are in the care of government agencies.

Over the past 15 years there has been no measurable improvement for on-reserve high school completion rates.

Research reports indicate that the parents of 90 per cent of off-reserve First Nations children agreed or strongly agreed that their child’s school provided enough information on their child’s academic progress, attendance and behavior. The parents were satisfied with levels of discipline, the quality of teaching and availability of extracurricular activities. Keep in mind that all this is at off-reserve schools, publicly funded and managed. Also, by living off reserve the household incomes are higher and students in homes with higher incomes simply out-perform those living in poverty.

The Aboriginal student dropout rate, nationally, before Grade 12 is currently at 51 per cent.

Students who have the most difficulty in schools are those who have experienced a long history of discrimination, subjugation and prejudice.

It is a disturbing fact that the majority of teachers cannot pass even the most elementary 20-question quiz about Aboriginal terminology, history, cultural concepts, geography or regional Aboriginal diversities. If you would like a copy of the “quiz” let me know and I will send it to you. So many teachers know so little about the concepts and community values supported by the traditional Aboriginal peoples reliance on their strong and dedicated attachment to their own spirituality.

First Nations are asking no more and no less than being allowed to benefit from a quality education that is comparable to that of all other Canadian children.

Despite the importance of education in improving prospects and reducing poverty among the nations, hundreds of marginalized Aboriginal communities, federal, provincial and Aboriginal governments have all failed to address these most serious difficulties.

Learn the foundations of Indigenous Awareness
ONLINE for only $48

Need multiple licenses?
Train everyone at once

You are in good company.